Anna Wiscombe takes inspiration from nature and the world around her, creating her work from memories, of the natural environment that surrounded her in childhood. She shares with us, her future plans and why nature is the main source of inspiration to her. Anna features in our book Inspired:London and you can pre-order your copy here 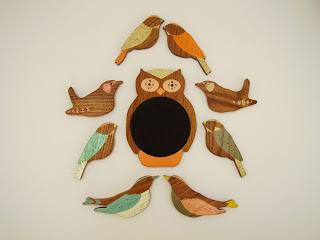 I use my own name for my business name and produce a range of contemporary decorative and functional wooden products inspired by the natural environment. 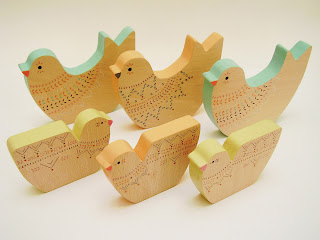 Where are you based?
I’m based in East London where I have my studio. 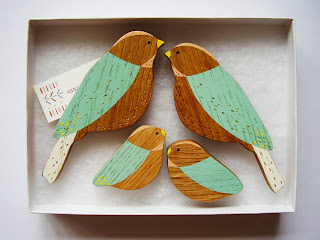 What do you love most about living in London?
Being able to go out and see great design everywhere – from shops and markets to museums!  It’s also great being able to meet lots of lovely, like minded designers at different events! 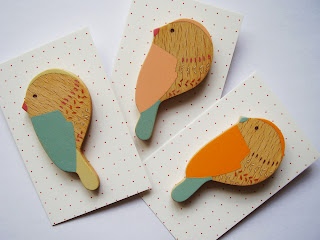 Who or what inspires you?
I get inspiration from lots of things within art, design, and just everyday life but I love looking at the patterns and shapes that were used in 1950's and 70's design as I love the stylised forms!

What advice would you give designers starting out?
Try lots of different things – both product ideas and places to sell and don’t worry if sometimes certain things don’t work! 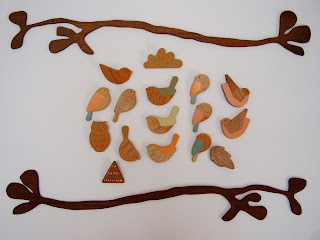 What is new for your company?
At the moment I'm busy producing my new products for the Autumn so expect to see some new work inspired by leaves and branches coming soon!
I've got lots of plans for some larger, limited edition decorative pieces which I'm trying to find the time to work on too!


You can pre-order your copy of Inspired:London by Mary McDermott from We Make London
Follow the link to get your copy here http://www.wemakelondon.co.uk/pre-order-the-book.html
Posted by Fiona Pattison at 01:45 No comments:

Changing Careers can often be a brave and hard thing to do for anyone, but for Justine Ellis it was just the beginning. Find out more here in this interview below, Justine features in our book Inspired:London and we are excited to talk to her today about her journey into screen printing and design. 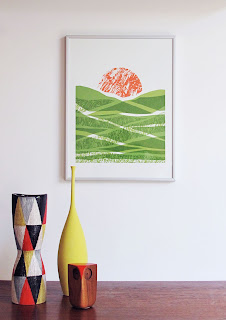 I have been screen printing for nearly 10 years, but I finally took the plunge and left my day job as a Special Needs Teacher about 3 years ago. Since then, I have been printing like mad and teaching others to do the same. 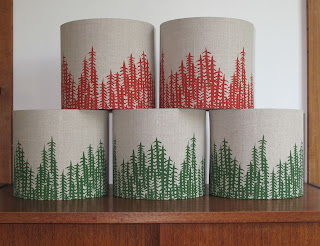 Where are you based?
I’m based in woody enclave between Crystal Palace & Dulwich.

How long have you been in business for?
For about 3 years. 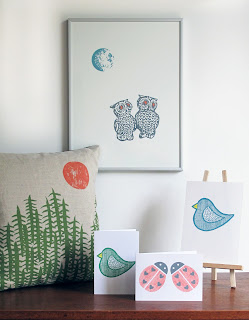 What do you love most about living in London?
What’s not to love? I was born here and yet I still get that excited feeling when I see the glorious view as I cross the river by train. 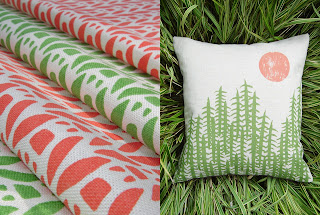 What advice would you give designers starting out?
Be supportive of your peers, share your knowledge and help each other out.

What is new for your company?
I’ve recently been making a range of hand printed lampshades, which are currently selling well.

You can pre-order your copy of Inspired:London  by Mary McDermott from We Make London
Follow the link to get your copy here http://www.wemakelondon.co.uk/pre-order-the-book.html

Posted by Fiona Pattison at 00:03 No comments:

'Sophie is proud to announce, she was one of the many embroiderers that worked on the Royal Wedding dress' We are delighted that Sophie is featured in Inspired:London a guide to handmade in London. 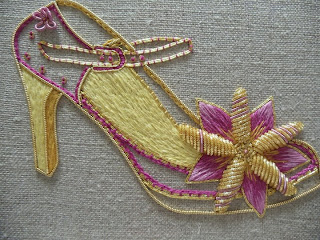 Sophie Long – Hand embroidery.
I graduated with distinction from the Royal School of Needlework in the summer of 2008. From the first day of trading I decided to focus on several key areas, dividing my time between teaching, designing unique and intricate embroidery kits, and carrying out an array of specialist commissions for private customers. 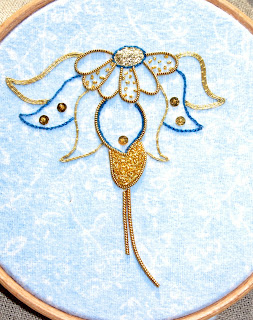 Where are you based?
I am based in London, and teach primarily in London, Surrey and the surrounding areas. I have also been fortunate enough to have taught large groups of students in San Francisco, Thailand and various other locations around the world.

How long have you been in business?
I started Sophie Long – Hand Embroidery following my graduation from the Royal School of Needlework in 2008.  I had 3 years previous experience in hand embroidery, textiles and design, and decided to fully focus on my business upon successful completion of my course. Once graduated, I was fully prepared to begin my career as a professional hand embroiderer. 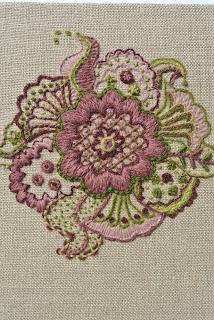 What do you love most about living in London?
London is a wonderfully diverse city with a rich historical culture and an unmistakably fast pace. It provides a constantly changing environment with a wonderful array of events, shows and gatherings. Inspiration is all around.

Who or what inspires you?
All things girlie! Really anything unique that glitters, sparkles and stands out! I always endeavor to let this shine through in any piece of art I create. Inspiration is everywhere in the world around me – it can be as simple as picking a certain subject or technique and letting my imagination run wild!

What advice would you give designers starting out?
If you love what you do – be positive, work hard and good things will happen. 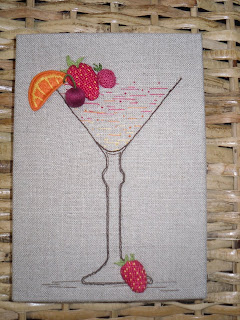 What is new for your company?
The range of products sold at my online store (http://www.sophielong.co.uk) is continuing to expanded, meaning excellent growth in online sales. My teaching methods and range of kits are continuously developing through my passion to progress my techniques – allowing my students continue to develop also.

You can pre-order your copy of Inspired:London by Mary McDermott from We Make London
Follow the link to get your copy here http://www.wemakelondon.co.uk/pre-order-the-book.html

Posted by Fiona Pattison at 05:29 No comments:

Today we catch up with inspiring designer Sam Wingate, who is behind the brand Mr Wingate, which is stocked in Harrods, Selfridges and the British Museum. Mr Wingate is featured in "Inspired:London - A Guide to Handmade in London", and we are delighted to catch up with him and hear more about his company & products. 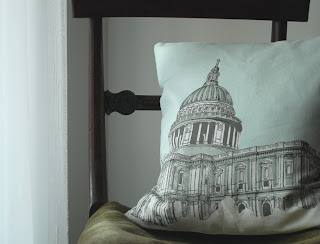 My Company Name is Mr Wingate 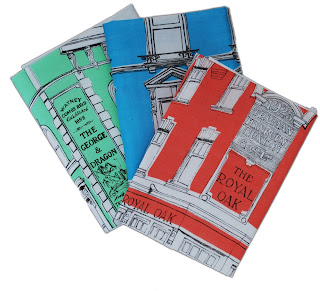 And My Background is:
'Back in 2006, fresh out of art school, with a passion for architecture and an eye for detail, I set up, Mr Wingate.

Initially selling hand printed T-shirts from a market stall on Brick Lane.  This seemed like the right idea as I had already played around at art school printing my own clothes and found I was getting a great response.  The market stall proved popular and before long Mr Wingate T-shirts were available not only from the stall but also small boutiques across the UK and even in Japan.

In 2010 I  felt it was time to move into the home wares market, and launched a range of hand printed cushions featuring illustrations of East End pubs. It was a fruitful move for the company, and it wasn’t long before top department store Selfridges were selling cushions from the Mr Wingate range.

More recently, I have starting working with retailers to produce bespoke and exclusive ranges, including cushions for Harrods, Selfridges and the British Museum.' Designer Sam Wingate 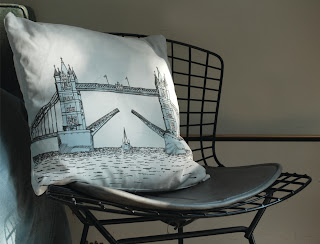 Where are you based?
I live in Hackeny but I work in my studio, which is on Fish Island in Hackney Wick.  It’s in an old peanut factory overlooking the Olympic park.

How long have you been in business for?
6 years. 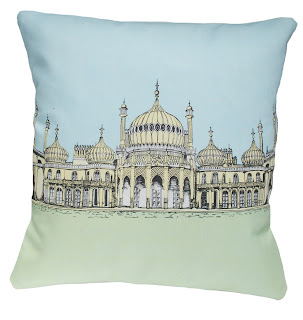 What do you love most about living in London?
There are so many things.  I think mostly I love the amount of stuff going on, and the amount of people working in a similar way to me.  Its great to have friends in similar situations run things over with, and bounce ideas off.

Its also pretty good being able to get about everywhere by bike or bus, I grew up in the country side where the public transport equated to three busses a week, each going to different places, so I love just being able to hop on a bus and meet your friends for a drink.

Who or what inspires you?
I’m really inspired by architecture.  I’d had plans when I was at school to become an architect, but didn’t do too well in my A-levels. 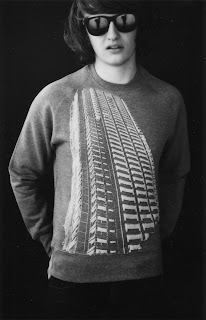 What advice would you give designers starting out?
Don’t expect it all at once.  Generally, It takes a long time to get anywhere, which is a good thing because you can figure out what you’re really all about along the way.

What is new for your company?
I’ve got two new commissions launching for Oxford University Shop and the British Museum in time for Christmas.  I’m also working on a non textile product which I’m pretty excited about, but its in the early stages so I don’t want to jinx it.  Keep checking my website for now.

You can pre-order your copy of Inspired:London  by Mary McDermott from We Make London
Follow the link to get your copy here http://www.wemakelondon.co.uk/pre-order-the-book.html

Posted by Fiona Pattison at 05:29 No comments: 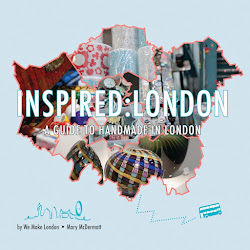 Inspired:London your guide to the hidden treasure trove of British design talent right on your door step!
A Guide to Handmade in London reveals how and where to buy the best locally-made handmade British products directly from the makers. A brilliant handbook for wannabe designer-makers and a perfect black book for stylists, journalists, creatives and lovers of all things beautiful!